The association - About Us 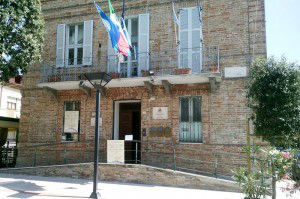 Marca Fermana is a non-profit Association created in 2008, which has as its objective the welcoming nature of local tourism by promoting and increasing the awareness of the territory merits in the province of Fermo, of the Marche Region.

Marca Fermana carries out its activities in cooperation with its 58 members. The Association is a point of reference for all those who are involved directly and indirectly in tourism and who feel the need to partake in the system. The partnership consists of a network of public entities such as Municipalities, the Province  and Educational Institutions, plus private entities such as Trade Associations, Tourist Associations and Banks.

Since its establishment the Association has focused its activities to promoting and revaluing the territory, both through traditional off-line communication tools (such as the preparation and distribution of printed information material) and through the most effective and modern systems of on-line communication such as the web and the major social networks where its members' events and the territory's News are published.

During the January-May period Marca Fermana participates in major Italian and foreign exhibitions during which, it promotes the whole provincial territory. The exhibitions allow the Association to meet not only with the industry professionals, but especially with the end users: the tourists that each year choose the Fermano area as their holiday destination in the Marche, so establishing a direct contact with them, which is designed to last through time.

With the publication of the Fermo Province's Marketing Plan, the Marca Fermana Association has been singled out as a possible DMO (destination management organization) of the Fermano territory and therefore responsible for the management and the marketing of the tourism destination.