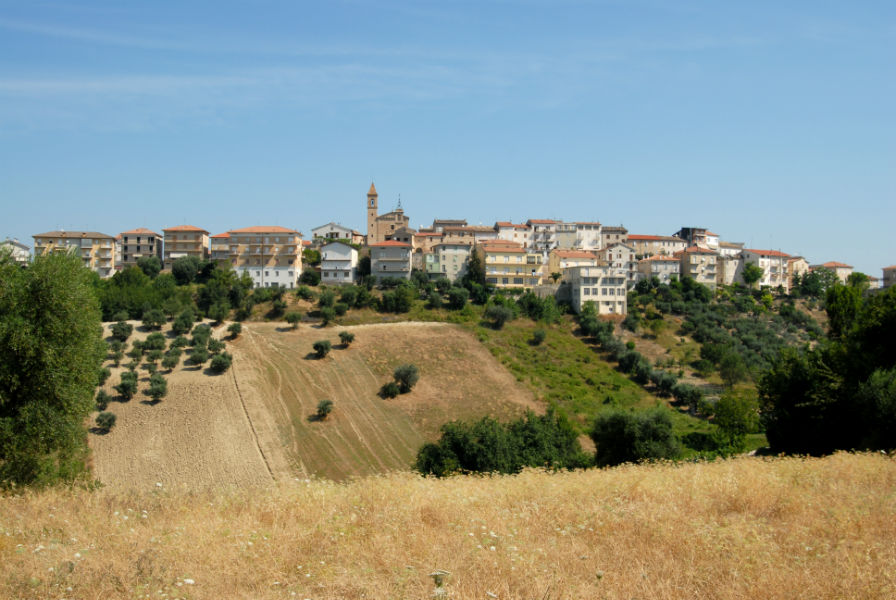 Historical Notes
It is still unknown exactly to which year, before the birth of Christ, do the origins of Turris Patritia go back to, but archeological remains relevant to the furnishings of some picenum tombs of the VII-VI centuries b.C., which were rediscovered in March 1934 in the area of “San Patrizio”, confirm the theory of its ancientness.
Other fortuitous findings of republican and imperial roman era bring us to believe that TURRIS PATRITIA, of which we read of in a fresco of the ex Counselors Board Room (Convent of San Francesco), situated between Fermo and Falerone, is nothing else but a simple “pagus” (= country district or a community within a larger political unity). Unfortunately after this period, due to the practically complete lack of resources, we have no further news until the XI century when from a “precaria” of July 1059 we read “…et in Colle Patritio”. (A ‘precaria’ =: a form of land tenure in which a contract grants the right to use ecclesiastical property for a specific amount of time)
This make makes us believe that it too was resurrected during the Carolingian period by the works of some Signorotto or by the same monks or Fermani bishops, who then later on, imprinted to the historic name, that of a Saint.
We find it cited as the place-name of “Collis Sancti Patriti” among the list of the most notable possessions of Fermo, which dates back to the year 1000.  Unfortunately, once again, the lack of documents does not allow us to establish in which period the “Collis Sancti Patritii” raised itself up to the status of municipality, but certainly it had to be so when in 1258 Manfredi, king of Sicily, with his own edict subjected it, together with other municipalities, to the dominium of Fermo naming it “TURRIS SANCTI PATRITII”.  It is still in this period that the big clash came about between the Pontificate and the Empire which divided the inhabitants between Guelphs and Ghibellines, Whites and Blacks.  And in this fratricide battle Torre San Patrizio took part too, taking sides with the Ghibellines; so much so that in 1301 (September 25th) the Rector of the Marca of Ancona, Pietro Gaetani, nephew of Pope Bonifacio VIII, inflicted to the Podestá and to the Municipality of Torre S. Patrizio, as a rebel against the church, a fine of 1,000 silver marks, a heavy penalty in those days.  It was then placed under the various Signorìe who governed Fermo, to whom it had to take the oath of allegiance.  In 1414 it was laid siege by Carlo Malatesta, Signore of Cesena, while on June 7th 1416 it went back to the obedience of the Migliorati, Signore of Fermo, under whom it remained until in 1443, year in which Francesco Sforza arrived in these lands and took possessions of them after the investiture of Pope Eugenio IV.  Very soon however, the Pontiff went back on the decision and tried to combat the Sforza.  There were many battles and Torre San Patrizio always fought in favor of its Master against the powers of the Popes.  But on November 8th 1443, the general Paolo del Sangue, aragonite, who was in the Marca defending the Church, attacked the castle, and notwithstanding the heroic defense of its inhabitants, he attacked, looted and burned it.
Re-established the fortune of the arms, the Sforza ordered the Fermani to pay a special tax for the rebuilding of the destroyed castle of Torre San Patrizio.
It was probably since then that the Torresi, grateful for what came about, added to the Tower, their antique coat of arms, the rampant lion of the Sforza.  The second half of the XV century saw our territory many times a battlefield on behalf of the troupes of Monte San Pietrangeli against those of the Municipality of Fermo; but at the end of 1498, Andrea Doria, the celebrated count of Urbino, was placed at the defense of the Castle of Torre San Patrizio and surrounding areas.  Meanwhile also the ambitious shadow of the Duke Valentino, son of the Pope Alessandro Borgia, was extending over our land, so that Torre San Patrizio had to take the oath of allegiance, but its heart remained still Ghibelline, so much so that, once again it paid dearly for its choice: on August 16th 1515 in a battle between the two factions, two hundred men lost their lives.  In 1550 we find Torre S. Patrizio, once more, in the list of the “towns, lands and castles” belonging to the State of Fermo, in quality of municipality but not as an autonomous one (“castle”) in which they were sent to the town Podestá and Magistrate, which had to be renewed every six months.  ; all this carried on until the XVIII century which finally started instead in the sign of peace, in the joy of the village and country feasts, in the return to agricultural work, in the reinitiating of the arts and the crafts.

Monuments and Churches
- Villa Zara is an old demolished chapel dedicated to San Venanzo. It was restored and transformed into a residence by an English lady.  Particularly interesting are the two square towers and the loggia onto which arched shutters look out.  The villa is immersed in a park of three hectares, with an open air stall, a play ground and ‘percorso-a-vita’ training course.
- Church of the Madonna delle Rose, home to a 1466 fresco by Pietro Alima of a “Madonna and Saints”
- Church of San Francesco
- Church of S. Salvatore
- Church of San Patrizio