During the IXX and part of the XX century the interest in science and natural history was subjected to a major increase and most likely we should look for the cause in the basics of the philosophical cultural movement which took the name of Positivism. 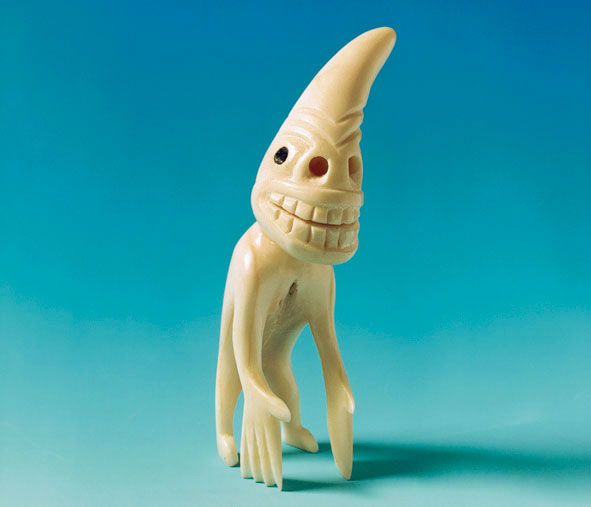 The Fermo territory has always expressed interest in art and all its expression maxims, but over time it proved to be open to research and scientific experimentation in order to initiate a process of constant cognitive growth, reserved not only to scholars, but to the entire comunity.

In fact, the material collected and processed during various researches or explorations was disclosed by means of qualified volumes through exhibiting at the relevant museums or through educational institutions that are not only aimed at the training of the students, but which also actively devote themselves to the promotion of science and research programmes.

A definite example of a public place founded to encourage scientific study was the technical industrial institute of Fermo, conceived and financed by the philanthropist and progressive Girolamo Montani.

Even today it is still possible to know the course of certain branches of science, natural history and ethnography through the constant and determined work of famous personalities such as Tommaso Salvadori, Silvio Zavatti, Temistocle Calzetti Onesti, Ignazio Rossi Brunori and of all those who, believing in the passions of these men decided to perpetuate them over time.

In this regard, the Administations of the Municipalities of the Fermo territory are an example of never-ending emotional involvement, as they have always respected the most prolific scholars of the territory, by deciding to devote public spaces to them in which, to preserve and enhance the results of many years of research.

Tommaso Salvadori (Porto San Giorgio, Torino, 1835 – 1923) was recognized in the scientific field as one of the greatest 19th-century ornithologists. Since his early age he distinguished himself by a keen interest in the branch of zoology that deals with the various species of birds. He himself wrote: "I was a young boy, little more than ten years old, when I started collecting birds from Italy and treasuring my observations and those of others".

In a short time he was able to gather a number of extraordinary specimens and the rare collection of Italian species was donated by a niece of his in 1930, to the municipality of Fermo, which then established a natural science museum to preserve the ornithological collection.
Silvio Zavatti (Forlì, Ancona, 1917-1985) was one of the greatest explorers of the polar environment that had the merit of having studied not only the geomorphological features of those areas, but also the characteristics of the populations that lived there.

In fact, during his investigation, he collected and photographed items used daily by people of Lapland, Greenland and the Canadian Arctic, which along with the diaries written by him, draw a pretty clear picture of their social and cultural traditions.

A lot of the material was exhibited in the Ethnographic Polar Museum, inaugurated by the request of the same Zavatti in Civitanova Marche in 1969. Sixteen years later, however, it was purchased by the municipality of Fermo and set up again in 1993 in Villa Vitali, where currently it is noted as the third institute in the world, which has as its subject the Arctic and its people.

Another exemplary man was Temistocle Calzecchi Onesti (Lapedona, 1853-1922 Moterubbiano), who knew how to believe in science and humanity, constantly motivated by the primitive desire to move forward to improve the conditions of society.

He was a physicist who enjoyed little fame and who is still is little known to most people, despite his research led to a crucial discovery for Guglielmo Marconi with his first long distance radio transmitting apparatus of acoustic signals.

Equally interesting is the distinct personality of the taxidermist Ignazio Rossi Brunori, who passionately devoted himself to the ancient practice of embalming and who donated many specimens of fauna from the Marche to the municipality of Montefortino, where in 2006 the sibillini Wildlife Museum was inaugurated.
When we speak of progress we do not just mean the scientific progress, but also the social-economic development.

In fact, the Fermo area is at the heart of two major industrial areas, those of hats and footwear, which originated from the craft trades that took hold in the area around the 19th century and which still nowadays constitute economic activities with extremely high production processes.

To remind us of and emphasize these two symbols of the craft tradition of the Fermo area, museums have been established that tell of the origins of the two ancient economic activities and their perpetuation through time of a philosophy that has as its foundation the techniques of the past, but also a steadfast and resistant structure thanks to sophisticated manufacturing techniques.