The Tales of Towers

The precarious social-political situation and the consequent administrative shortcoming of the X century led to the populations scattered in ‘vicos’ (villages) gathering together into ‘castra/castella’, which presented themselves as fortified civil structures capable of protecting, from raids and military sieges, those who were not able to look after themselves. 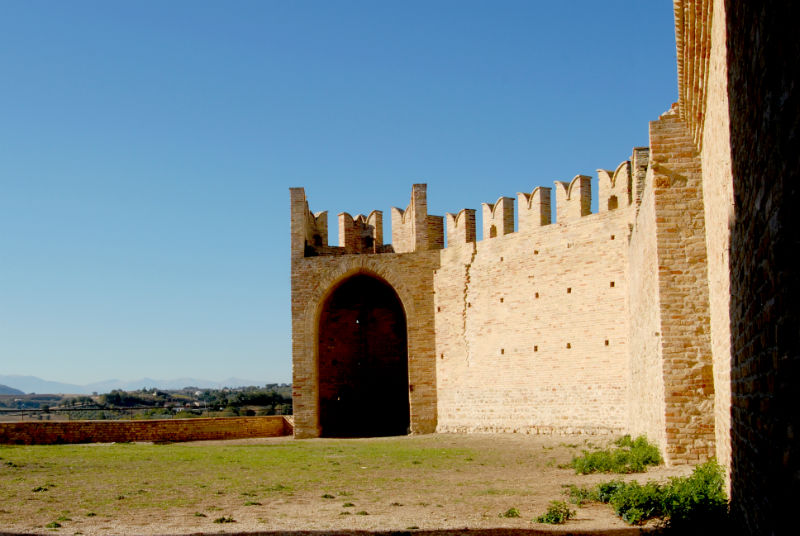 In fact, as Pierre Toubert also stated it was thanks to that kind of settlement, that there were less dwellings scattered across rural areas, taken over by the so-called ‘finages castrales’. During that period, there was a sharp increase in construction mainly for the preservation and demarcation of living space rather than to silvestrian.

However, initially, the walls were rather unstable and had not many things in common with those robust and valuable solid constructions, typical of the transalpine areas. Only later were the walls raised and reinforced, which although built with rubble material, proved considerably more reliable thanks to corner towers and crosspieces, parapets with buttresses, more or less pronounced slopes and trapdoors through which the plunge defense could be carried out.

With the introduction of artillery in the military, the walls underwent adaptations that mainly included the introduction of horizontal musket slits along the walled parapets. Furthermore, the castrensian settlement was closely involved with the increase of the legal and political organization of self-government, which took the name of ‘Comune’ (municipality) and gave Fermo that territorial configuration, which is still preserved.

Between the XII and XIII century, building activities intensified, but they mainly involved the raising of towers, which represented an effective solution for the needs of different nature. These structures, more disposed towards verticalization, represented first and foremost an effective tool of control, defence and offence against potential aggressors that in the town were mainly concerned with local rebellious growing revolt or opposing families belonging to the Guelph or Ghibelline faction.

The towers were also used as massive dwellings, with rooms that you accessed by external galleries. However the towers mainly symbolised the social-economical prestige of the family that lived there.

In addition to embellishing them with purely decorative architectural elements, there was a tendancy raise to them as much as possible in order to show one’s own power over those who would need to push their noses skyward to see the top of them, and to thoses who were out of town and saw them towering above the rooftops. During the faction fights many were demolished, some suffered a cutting down, and over time many others were given out for rent. While the first floor was generally used as a shop, the upper floors were used as warehouses.