The Province of Fermo 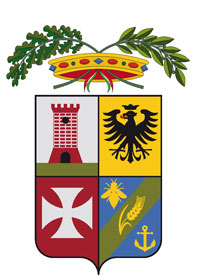 The Province of Fermo is a small reality made up of 40 municipalities (33 of which have a population of under 5000 inhabitants) concentrated within a surface of less than 900 sq.km. and of about 175.000 inhabitants overall.  The territory is characterized by three valley axis with three main waterways going across it: the Aso, the Ete and the Tenna.

The typical landscape of this area is a hilly one, which inspired the works of Osvaldo Licini, a native artist from Monte Vidon Corrado, and is enclosed between the mainly sandy linear coast and the mountainous area inside the National Park of the Sibillini Mountains.

A restrained territory, but with a clear sense of belonging and a strong identity due to a social–economic web made up predominantly by artisan vocation, wherein the districts of these small companies are highly representative, amongst which the Footwear one (the largest in Europe) and that of Hats really leave their mark.  From the reality of a metayer agricultural system to the family run artisan workshop, starting in the sixties, a widespread system of small and medium sized manufacturing companies, characterized by a high level of specialization and by an extremely high quality production, has developed here, renowned and appreciated all over the world.   Nowadays there are over 20.000 companies active in the territory, of which about 8.000 in the manufacturing field, a considerable number when compared to the dimension and  the relatively small population of the territory, for a ratio of nearly 1 company for every 10 inhabitants.

The other great excellence of the Fermano is the agricultural production which is concentrated mainly in the Valdaso and in the mountainous areas, which is also capable of distinguishing itself for the quality and variety of the autochthonous species cultivated and for the products highly appreciated by the tourists, also increasing in number in our territory.  The fruit, the wine and the truffles are excellencies that better represent the Fermano at the table and which constitute an important business card for the visitors.
Furthermore, the Fermano can pride itself, together with other territories in the Marche, with a very high rate of long-life expectancy which confirms the level of quality of life amongst the highest in our nation, as duly reported in the recent study of Sole24Ore on BIL, the “Benessere Interno Lordo” (= the “Gross Internal Wellbeing”) which, in the valuation of the wealth of a territory, takes into consideration, besides the economic indexes, also those tied to the development of the social and cultural networks.

The Provincial Bureau
The Provincia of Fermo is a reality which is finding its first steps: it now has a statute, it has activated various essential services for the community and has already met up with all the Municipalities of the territory to listen to them and hear from the local administrators what the most important problems are and to find the solutions to be activated together in view of the approval of the first autonomous budget relevant to the year 2010.
Among the main objectives of the Provincial Administration of Fermo, besides guaranteeing the full efficiency for all that is pertaining the competent matters laid out in art. 19 of the TUEL, there is that of becoming an important reference point for the territory coordinating the activity of territorial programming together with the Local Entities and the economical operators, by carrying out a role of simplifying the access to resources and bringing incentives to the synergies between private and public entities.
At the top of the list of the political agenda of the President Cesetti and his Council there are the environmental issues, first among all the energy, with regards to which the Province immediately made clear its position, declaring to be favorable to the research and experimentation of alternative energy sources but against the exploitation of the biomasses which damage the traditional agricultural activities putting at risk the delicate environmental and countryside balance.

Another priority is the labor, above all of the work force and of the small entrepreneurs, in difficulty in this time of crisis and suffering due to an economical system that does not help (and does not reward) the small companies, that represent the true lymph of development for the Italian system. Tied by a double knot to the occupational policies are those for the professional training which need to be supported in order to renovate and give new competencies to sectors which require a productive conversion and at the same time must manage to satisfy the needs of the specialist know-how of the companies.   Not by chance amongst the first actions foreseen by the lines followed by Cesetti is in fact the activation of the Consulte Provinciali, (= Provincial Consultancies) that of labor and of training in primis, so as to bring the world of local economy to discuss with the administrators and set up policies which take into consideration the territorial vocations and the harmonious development to everybody’s advantage.
Another strategic topic is the valorization of the local excellencies, from food & wine to the manufactured products, to be conveyed into the circuits of national and international promotion in order to improve the tourist attraction and supply prospects for the creation of new enterprise.
The agriculture carried out with natural methods and the biological products are to be considered as one of the most important opportunities of development to which to move towards, also to support the agricultural sector in a present day crisis, in particular by creating incentives for the activities of the re-discovery circuits of the cultivations of traditional know-how, already present and active in the territory.  From the re-discovery of the earth’s resources and from the valorization of the countryside as a cultural and identity factor, as the opportunities to renew the tourism sector, through creating itineraries capable of involving the visitor in a complete experience from a sensorial and intellectual point of view.
Then there is the school, a fundamental institution to allow a society to develop completely, for which the Province has already arranged the Sizing Plan locating the needs of spaces and extension works with regards to the provincial school buildings and by supporting the small municipalities in locating strategic areas for the founding of school centers, necessary to oppose the depopulation due to the cuts in class combinations.